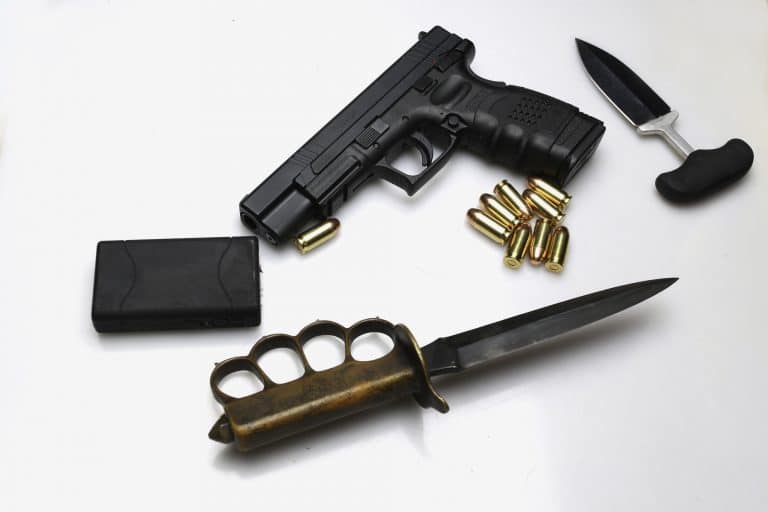 If you are a gun owner, it’s important to understand your state’s gun laws. Not only do you need to know the laws, but you also need to follow them.
The State of Connecticut has laws about other items that fall under weaponry too.  Some of those laws prevent certain items to be used as a weapon. In other cases, the item can only be carried with certain restrictions.
If you or someone you love has been arrested on a weapons charge, you need to understand the laws. You also want to know the weapons violation bail bonds laws.
Read on to learn about all there is to know about weapons charges and related bail in Connecticut.

To carry a handgun in Connecticut, there are three things you must do. These include:

If you are found with a handgun and not in compliance with these laws, it’s likely you will be arrested.

Weapons violations can become either misdemeanor or felony charges. The charges will vary based on:

One charge can be if you are carrying a dangerous weapon. Dangerous weapons might include things like a BB gun, brass knuckles, switchblade, police baton, or electronic defense weapon. For this felony charge, you can be sentenced for up to three years in prison. The fine will not exceed $500.
Another charge is to unlawfully discharge a weapon. If the discharge causes injury or destruction of property intentionally, negligently, or carelessly you can be sent to prison for up to 3 years. The fine can’t be more than $250.
If a felony crime is committed while in possession of a firearm, legal or illegal, the punishment can up to 5 years in prison. If the weapon is an assault weapon, the punishment can be for up to 8 years.
There are some other weapons violations that would result in arrest too. They include:

If a person commits an act of domestic violence while in possession of a firearm they would also be arrested and likely charged.

What Happens if You Are Arrested on a Weapons Charge?

Once a person is arrested on a weapons charge, they are taken to the local police station. Here they will be booked, photographed, and interviewed.
They will be held until they can appear before a judge and a decision can be made on bail. At this point, it is wise to contact a bail bonds office to get them involved and so when bail is set, the arrested person can get the needed bail money.
A judge will look at the criminal history, along with the current charges to evaluate eligibility for bail.

If someone you love has been arrested on a weapons charge, you want to get help to get them out on bail as quickly as possible. Having a bail bondsman involved early in the case can help move along bail and release.
We know about weapons violation bail bonds and we can help. Contact us today if you need to talk about bail for a weapons charge.