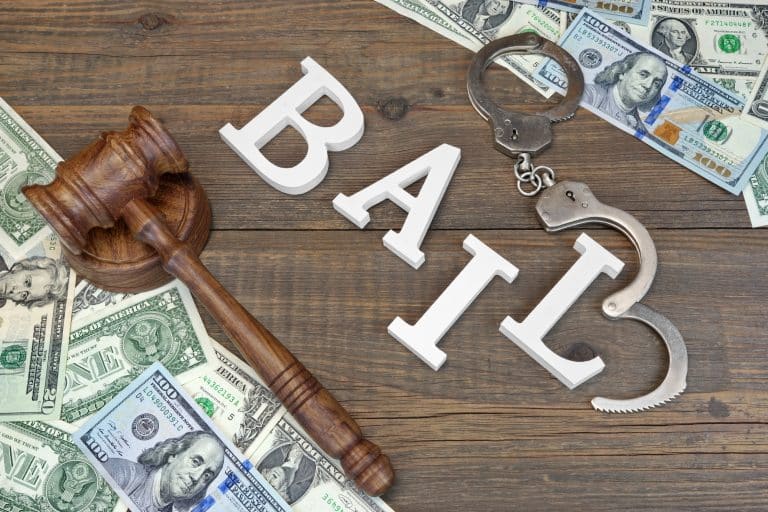 Bond vs Bail: What's the Difference?

What Happens When You’re Arrested in Connecticut?

In Connecticut, the police need to have probable cause to arrest you. They may seek out a warrant beforehand or make an on-sight arrest. On-sight arrests are common in DUI and speeding cases.
You must comply with the arrest. You’re also required to identify yourself to the arresting officer, but you aren’t required to answer any questions beyond that. You’re advised to get a lawyer before answering any questions about the incident.
Next, you’ll be taken into Connecticut police custody. This part is the first step of the booking process. An officer will then take your photo and fingerprints.

Bond vs. Bail in Connecticut

The next step in the booking process is bail. If there’s a warrant for your arrest, the judge who signed the warrant will set your bail amount. If you were arrested on-sight, your bail would be set by the booking officer at the station.
Judges and booking officers may weigh several factors when determining bail amounts. They look at the charge itself and your past criminal history. They may choose to release you under a “promise to appear” instead.
If a judge or officer sets a bail amount, you’ll need to pay that amount to get out of jail. You can either pay the bail yourself in Connecticut or have a friend or family member pay it for you. If you, or the person paying your bail, don’t have enough funds, you’ll need to use a bail bond.

What Is a Bail Bond in Connecticut?

Bail bonds allow arrested individuals, or their family members, post bail if they don’t have immediate resources to do so. These surety bonds are issued by licensed bail bondsman in Connecticut.
You or your family will be required to pay a bail bond agent fee. The state of Connecticut requires at least a 35% down payment on all bail bonds. That means bail amounts over $5,000 will have a 7% fee, and amounts under $5,000 will have a 10% fee.
The bail bond agent will then go to the police station to post bail. When the agent posts a bail bond, it’s under the condition that the arrested individual will appear back in court. Families can also take advantage of easy installment plans to pay back the bond.

Understand the Difference Between Bail and Bond

After an arrest, it’s important to think clearly and take the necessary steps to get out of jail fast. Understand the critical differences between bail vs. bond in Connecticut, so you spend as little time in custody as possible.
Do you need a bail bond right away for a friend or family member? Contact us now to connect with a bail bond agent right away.